We’re at a distinct point in time in human history where technology is having a revolutionary impact on how business operates. Hot technologies such as Artificial Intelligence (AI), Robotic Process Automation (RPA), Distributed Ledgers or Blockchain, Internet of Things (IoT),Data Analytics, and Edge Computing are poised to deliver enormous productivity gains to companies in the times to come. These emerging technologies will shape our future more powerfully than any other innovation in this century. Anyone who doesn’t understand about them will soon find themselves feeling left behind, waking up in a world full of technology that feels more and more like magic. After a couple of these emerging technologies winters and periods of false hope over the past four decades, rapid advances in data storage and computer processing power have dramatically changed the game in recent years.

To explore this topic more, we are focusing on the finance function and the future of finance leadership in our latest “Transformative Technologies Workshop” in Mumbai. 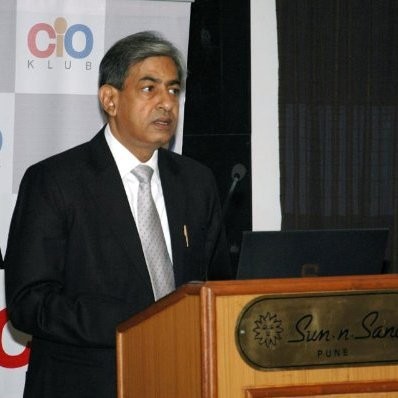 He is working as functional consultant on projects for implementation of digital tax administration system, e-Invoicing system, big data analytics for regulators with the leading companies in India. He is also involved in development of tax analytics tool for using the potential of tax data in aiding business decisions.

He is co-author of paper titled “A Field Study Examining the Indian Ministry of Corporate Affairs XBRL Implementation” published in Journal of Information Systems. He has also provided valuable inputs on XBRL and EDIFACT in Master Thesis “Factors affecting Standard Dominance in the battle between EDIFACT versus XBRL Data Exchange Standards in India” submitted for Masters of Science in Management of Technologies at DELFT University of Technology, Netherlands. He regularly speaks on Digitalization of Taxes, Tax Analytics, & Blockchain in National & International Conferences/Workshops. He has made a presentation on “Digital Tax Administration System” in 41st World Continuous Auditing & Reporting Symposium (WCAR) held in Spain on Nov 9 & 10, 2017. He also made presentation on

“Digitalization of Tax Administration System for VAT” in Kuwait VAT Conference held on May 2 & 3, 2018. He was invited by American Accounting Association to speak on “RegTech in India” in 9th Transformative Technologies Workshop (Annual Conference – 2018) on Aug 3, 2018 in Washington DC.

He has made presentation on “Demystifying Blockchain” at Kuwait Fin Tech 2018 held on Oct 23- 25, 2018 where he also discussed about auditing Blockchain transactions. Recently, he has been invited as a Panelist Speaker for World Blockchain STO Summit to be held on July 31, 2019 in Port Louis, Mauritius.

He is a faculty at National Academy of Customs, Indirect Taxes & Narcotics (NACIN), Mumbai where he was invited to speak on “Digital Tax Administration System for GST” on Oct 16, 2017. His session was highly appreciated by the participants. He was also invited by NACIN, Mumbai to speak on “Data Analytics in GST” on April 23,2018.

He also conducts workshops on Digitalization of Taxes & Blockchain / DLT in India on a regular basis which are attended by CFOs/Senior Finance Executives.

Key Topics to be Covered

1. Skill Gaps: Are you equipped for future?

Key Topic to be Covered

The workshop is aimed at key decision makers at any GCC business.

The workshop should be attended by:

*Additional GST of 18% is applicable.